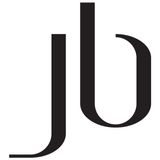 Never miss another
show from JasonBay

“Does anyone really bother to read these now days?” Jason Bay has never been one to care too much about all the self promotion that is required and expected of the struggling DJ and producer trying to make it in this day and age. “I would rather be spending my time on working and creating music”. Blunt and honest seems to sum him up nicely, always marching to the beat of his own drum and never one to shy away from sharing his thoughts and opinions, for better or worst. “I know I’ve rubbed a number of people the wrong way, but sometimes the truth hurts. I don’t mean to hurt people’s feelings but if you ask me for my opinion I’m going to tell you the good with the bad.”

Jason might not be liked by many of his peers, but he has earned their respect and they always know they’ll get an honest answer from him and more importantly he’ll also share his advice and knowledge with them.