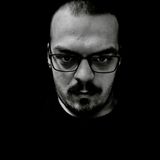 Never miss another
show from Jaded_music

Jaded was born in 1989 in Hungary. Since his childhood loves music, firstly hip-hop and rock music, and later he discovered dance music, that gave him a love to progressive and trance melodies. In 2003, he met ATB and Tiesto's music, which later changed his life: one day he will be a DJ He visited parties and clubs, and began to learn how made a party and after that made some mixes for the first time as a hobby and later to his friends and in response to the request. In 2006 he met with Del Sol, friends with whom to this day. Del Sol is presented later in the moviescores as well. Then, the same year, his high school's radio edited by himself with great success. On December of 2007 was given an opportunity to the local radio station (Gong Radio) is a progressive one-hour mix show. In 2010 he made his first moviescores set and which friskyRadio gladly received and played by, and started to made more moviescores sets and also progressive set to friskyRadio’s feelin’ frisky session.