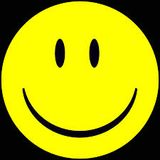 Never miss another
show from Jack_Phillips

Support Jack_Phillips by subscribing directly to this channel and get access to exclusive rewards.

Jack Phillips presents his weekly 'Ready for the Weekend' show, with the biggest house & trance tracks around. Including his 'Record of the Week', some of the best mashups out there, and mixes from guest DJs.

Jack began DJing in the trance heyday of the late 1990s, with Judge Jules, Dave Pearce and Paul Van Dyk being big influences. He spent the next decade honing his sound DJing across the UK and Ireland. Although trance no longer fills the charts as it once did, it remains a heavy influence on the big room EDM sound of Jack Phillips.

As a producer he has remixed the likes of Fedde Le Grand, Borgeous and Kaskade. Check out his Soundcloud page for Jack Phillips remixes and mashups.