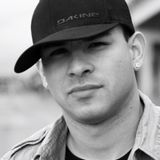 Never miss another
show from JD3RADIO

JD3RADIO comes from a family of broadcasters and has always been around radio from a very young age.

Having been in radio full-time for 15 years as a Personality, Mixer, and Imaging Director; voiceover would eventually become his dream. "The Voice Now Heard Around The World" @ JD3RADIO.COM
DJ DROPS, PROMOS, COMMERCIALS, RADIO IMAGING, AND MORE (Yes...that's his voice in his mixes)

Mixing since the age of 19 and now 35, JD3RADIO has DJ’d and opened for some of the biggest named artist in the country.

FOLLOW NOW AND JAM SOME OF THE HOTTEST MIXES RIGHT HERE ON MIXCLOUD!!