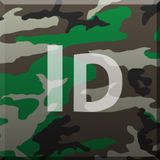 I started following the UK dance music scene back in 1988 as house music started to get fused with Hip-Hop creating the short-lived genre Hip-House. Following that and a mix of De-la-Soul, Public Enemy and the odd Guns & Roses – at 14 music was very much a part of my life.

September 1990 and 2 years of college began... and so did Kiss FM. Living near Camberley, Surrey it was only when it became legal that I could pick it up. The acceleration of my love for music grew 10 fold and by 1991 I was beginning to favour the 'Hardcore' sound. After my 1st rave in Farnborough I was hooked – the sounds, the lights, the people, the vibes – the peace, love and unity!

By 1994 the vibes changed, Jungle came into it's own and the scene split in two. It wasn't a hard choice for me & I've been a Junglist ever since!