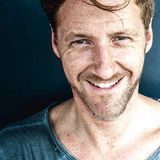 Never miss another
show from I.M.X

DJ I.M.X hails from Amsterdam, where he started spinning at some of the very first underground house parties. Always keen to explore the world and share his love for music, he has been spinning at major clubs and festivals but also at smaller bars and dodgy underground locations all over the world. He’s known and praised for his smooth mixing skills, playing around and blending different styles from Acid to Afro-beat into an eclectic mix.

Singapore currently serves as his base, though he still regularly plays in Europe, the Middle East and across Asia. His passion for house music becomes abundantly clear when you see him perform in front of a crowd, where his extensive track library, carefully built and curated over the years, never fails to get the crowd going.