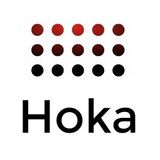 Never miss another
show from Hoka

After many years of deepening the hypnotic genre through the Barlive to shake his eardrums into the capital of the Rhine, the artist makes his weapons at the controls of the Shelter, a Techno club in the city of Avignon and by live two years for Germany.
This is where he will sharpen his culture by spending long nights in the studio and long hours listening to the sound of the clubs in the city.
After experimenting with different types of techno, today it is in this universe that he draws all these sounds to offer us a punchy sound with effective and mental rhythms.
Today, he resides in the south of France, versatile he plays alongside Secret Cinema Miss Airie, Sebb, Greg Delon, Jack of Marseille, also very invested in the evenings of the region he was a member for the events Inoove, as the Green Fest and Garden Party 2018, then became a member of the Fugitives at the end of that year, a beautiful meeting with whom he regularly shares the plateaus of their evenings burning.