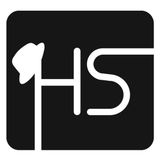 Never miss another
show from HatStandy

Andy Turner aka HatStandy has been making electronic/dance music since the late nineties and has recently started his own label "Ghost fat productions" for releasing his own tracks. As he puts it..."The main style I am currently working on I would describe as "Trance/breaks" (a 50/50 fusion of the two genres) which I keep getting told sounds like nothing else out there." Other signings to Ghost fat include Mark EG, Cherish, AlexMo, D4RYL, Freaked Frequency, Digital Enzyme, Jason B and Digital Deluxe. Since mid 2017 HatStandy has been djing/presenting on two completely live shows weekly on internet radio stations (one called "The Hat-cast live,"...the other "HatStandy live") playing a variety of dance music styles in the mix with his own productions. Since 2005 Andy has worked fairly closely with hard trance producer "AlexMo" with whom he did a collaborative project called FuziK in the early years. Andy has also had releases on AlexMos label...Morality records.