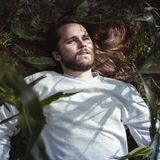 In Session: Kornél Kovács
by MixmagReposted

In Serach of Sunrise
by Harald Björk

#in search of sunrise

harald björk was born and raised in a suburb of Stockholm, surrounded by nature, although the basements of the houses told a different story, harbouring a wealth of budding producers and bands. He first began to make a production name for himself with early releases on Traum Schallplatten, Apparillo Music and Deep Focus, before taking the brave decision to go it alone by founding his own Kranglan Broadcast label in 2009.

harald björk's music is a naive and emotional form of melodic minimal techno with a melancholic Scandinavian touch. His hardware-only live set hooks a host of machines up to the mixer in preparation for a journey through melancholic melodics, exploding breaks and motoric beats, with harald as jockey at the helm.