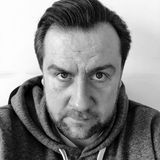 Be Straight & Focused
by Cue NbgReposted

First bookings 1993 as „Martin Martinez“, his former Dj name, at various events of the radio station like „N1 Sunday Dancehall“ and the weekly radio show „N1 Club Night“ followed, where he not only played vinyl with lots of heart, but also took over the moderation of the radio show.
Especially as a resident of the „N1 Rave Signal“ events, which took place at Volksbad, an abandoned Art Nouveau-Style bath, he soon gained a large fan base with his captivating techno and breakbeat sets and weekly played on stage with famous musicians like Sven Väth, Westbam, Carl Cox, Earth Nation, Tanith, Resistance D, Jens Lissat, Oliver Lieb and many more.