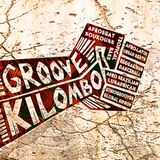 Master Never Die, a tribute to Tony Allen
by MukamboReposted

Brazil Beyond Samba - Mashup of Brazilian grooves Vol. 4
by MukamboReposted

Best of 2018 mixtape
by MukamboReposted

Best of 2017 mixtape
by MukamboReposted

Groove Kilombo is a new party concept by DJ Mukambo & Selector Matanzas to make y'all dance to the best Afro-grooves, Latin vibes & global beats. Starting in March in Brussels and beyond!

A quilombo was a refuge for freed slaves in colonial Brazil. Our Groove Kilombo is a place where everybody can dance his feet off to the best Afro-Grooves and the pulsation of our cities where sounds get mixed up to create world fusion without borders, far away for the dictates of commercial music & the usual house/techno/disco parties.

Each event starts at 22h with a dance workshop followed by the party with international guest DJs.