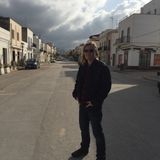 KISMET RADIO :: From Midnight To High Noon :: a space radio voyage in 12 hours :: Produced by TJ white rabbit at temporary dub station, berlin 2019/20 :: Invent your own reality before others will do that for you ::
GRENZPUNKT NULL is a special kind of radioshow created by REX JOSWIG with his own voice. A mixture of poetries in groovy situations.
Very much dub-infected with open ears to the wonderful world of contemporary music. Paying respect to the word by poets like DYLAN THOMAS, William Blake, PAUL CELAN, Bert Papenfuß, THOMAS BERNHARD, R.M. Rilke, COMTE DE LAUTRÉMONT, Gottfried Benn, KATE TEMPEST, Nelly Sachs, Edgar Allen Poe and many others. Broadcasted 1992-1998 on German radioprogramms DT 64 & MDR SPUTNIK, reloaded on Berlin artistradio REBOOT.FM since 2010. "Nothing is true. Everything is permitted." - WSB