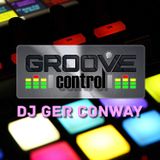 Hailing from Dublin Ireland , starting collecting vinyl from the age of 12 after being influenced by his brothers mixtapes of Famous Dublin Clubs like Sides,The Asylum,The Ormond,The Waterfront and The Harp.

Consistent name on Club events throughout the years in Dublin and abroad , grew to prominence for banging and unique OldSkool Sets at Reunion nights of some of the biggest clubs around.

Still keeping those elements in sets today which are a little more house based then when first started to DJ.

You can catch me live on my own MixCloud every Friday from 7-10pm GMT and on Sundays from 6-8pm GMT on PowerFMs Mixcloud and online radio www.powerfm.org