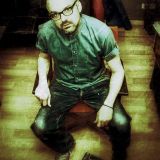 Never miss another
show from George_Kyriakou

George Kyriakou returned to Greece in 1999 after finishing his studies in Uk and started working as a PR manager for EMI’s international catalogue. In 2003, he founded Klik Records, Greece’s most influential electronic label, where he worked as A&R and Label Manager until the end of 2012. George's love and passion for music doesn’t stop in the record label. Within the last 20 years he performed as a dj in various venues across the globe and co-organized with International partner labels, a series of underground parties, in Greece featuring some of the world’s top electronic djs. In addition, for years hosting his own shows in Best Radio, Rock Fm, Klik on Capital and Join Radio lead to his establishment as one of the most influential radio producers.