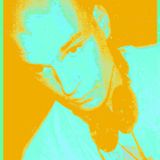 Never miss another
show from GeneticDysfunction

Genetic Dysfunction was born from the meeting between St.Paul and David Scrufari in 1990. As for Jean-Loup Ribordy (keyboard) and Vicky Peters (vocals), they joined the live band in the psychedelic acid trance style a few months later. On December 31, 1995, the live band U.V.W. (new name of Genetic Dysfunction) was born within the Cyberpunk Movement and the founders left it in 1997.