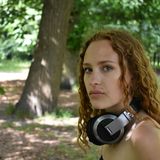 Never miss another
show from Florescence

Full On Mix
by Florescence

London based Psytrance DJ/Producer.
Powerful full on & bouncy forest
Flo aka Florescence originally learned to DJ into the genre of D&B and Techno before discovering psytrance after going to a Forest Party on the outskirts of London. Her psy addiction quickly grew, and she attended Insomnia Electronic Music Festival in Portugal, where she fell in love with the music even more and the community that it brings.
As she was already a regular in the scene attending many parties she gained her first gigs at Club 414 in Brixton; IllusiOm, Trancelucid and Cohesion, playing alongside many established psytrance DJ's in London.
She became a resident DJ for Cohesion party after her first gig there and has since played at Psychedelic Therapy in Bristol and more recently Forest gatherings and her first international gig, Psychedelic Malmo in Sweden, where she played alongside Iboga's Emok, Nikki S and Mr Green