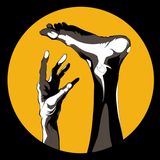 I am Attila Fodor and I produce music since 1999 under the alias of Fine Cut Bodies. I do some sound design related works, and also compose music for films and TV As a former C64 demoscene coder (and PS1 game developer) I'm into A/V coding including DSP and GPU technologies. With my long time mate AMB, we are producing house music under the alias of Biscuit Reality and run an independent record label called Chi Recordings what dropped more than 60 releases and 2-300 events since 2000. As a performer & DJ I was touring around the world and had over 700 hours of radioShows aired in the last 15 years. I also have a regular class in ImPro (Budapest School of Music Technology) teaching 'bits&bytes' of digital technology and basic sound design paradigms.