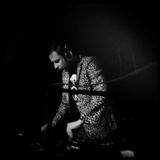 Never miss another
show from Fabsabs

Returning to his home in Hong Kong, he played Soul, Jazz and Hip Hop at local hangout Chapter 3 before becoming a Volume Beat resident in 2008. In 2010, Fabsabs featured on side A of Volume Club Anthems Asia, his first CD release.

He is currently resident DJ at Volume Beat.