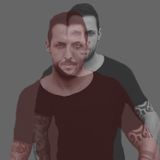 Fabio Neural is an Italian DJ/producer that first met electronic music at the age of 13 and starts performing when he was 17 years old.
In 2010 Fabio channeled his passion into musical production, and his first track Guru debuted on Steve Lawler’s label - VIVA Music. The follow-up EP Porto Alegra made it into Pete Tong’s 500th Essential mix.
During the years he collected more releases on top labels like Intec, where he became the most prolific artist of its history with 9 Eps, Saved, Truesoul, Ovum, Sci+Tec, Relief, Stereo Productions and some tracks have been included in prestigious compilations like Carl Cox The Revolution and 25th years of Space.
After being Resident of Tinì Soundgarden for seven years he starts to travel the globe playing in big venues not only in Italy at Tenax, Afrobar or Cocorico’ where he had the honor to play b2b with Carl Cox, but also around the world: PURE Australia, Amnesia Ibiza, Egg London, Creamfields UK, El Row Tenerife, Ce La Vi Singapore.