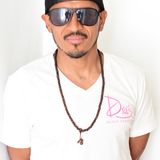 Never miss another
show from F3R_Music

F3R (Fernando Alva) was introduced to house music in Chicago IL USA in the 1990’s. He fell in love with the energy created by the famous Raves & Warehouse parties full of Jacks where DJ s played original House and Detroit Techno.

Influenced by TRAXX ( Mel Oliphant III ), F3R was taught the art of mixing and live remixing. “I believe he’s one of the most energetic performing artist who really loves his music and plays for the love of music itself”.

F3R’s life in music was influenced by the likes of Green Velvet, Derek Carter, Jeff Mills, Umek and Richie Hawtin, to name a few. When you hear F3R’s sets you can hear a merging of all these different sounds . “I love a nice chunky Beat, Detroit techno style, with a nice sexy vocal Chicago style, …being Mexican I love my music with lots of Flavor.”