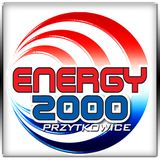 Never miss another
show from Energy2000_Club_Przytkowice

Energy 2000 club is the most famous polish club that have existed and operated in the entertainment industry for 25 years. Our story began in 1990, when the first Energy 2000 club was founded, now our company is the undisputed leader in the large clubs and entertainment centers industry in Poland. For over 10 years we have maintained a leading position in the majority of the popularity rankings. We are recognized throughout the world as Energy 2000 brand and as a music club, and our clubs, during our 25-year history, were visited by over 8,000,000 satisfied customers. The scale of popularity and recognition of our brand is best evidenced by the fact that, as a music club and Energy 2000 brand, we have the most hits in Google in the world, which ranges between 700 000 000 and 800 000 000. Currently, we are the owners of the two largest and most modern entertainment centers in Poland. Our clubs are located in southern Poland, in Przytkowice and in the capitol of Silesia - Katowice.