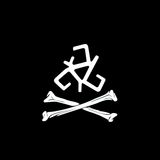 Never miss another
show from Edwardteach

The Half of @QQulture
Since 1992, Edward Teach started to produce his own radio program that was transmitted via FM radio, solely dedicated to electronic music. He had now discovered his true calling; he realized he was born to transmit emotions through music.

The evolution of his artistic life pushed him to try his hand at producing events, therefore creating Narcotic Records. His open air, after parties gained recognition, where he performed well programmed sets in a time where laptops were not utilized.

Edward Teach has traveled all over the country of Spain, Europe, and Latin America. He has shared the bill with such greats as, Richie Hawtin, Surgeon, Ben Sims, Derrick May, Pascal F.E.O.S., Alexander Kowalski, Oliver Ho, and many, many more artists.
Edward Teach's sets are recognized for his meticulous technical work, with a style that can be best described as proper, unusual, and sassy. From his devices, you can hear sounds ranging from dark Techno to pure House.