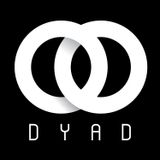 Never miss another
show from DyAD

“DyAD are a two man-strong production and DJ alias making sounds that seem to represent an entire army.” - Korrupt/FKOF

2014 has been a busy year already for UK Dubstep artists DyAD. Focusing on a blend of deep yet driven 140, Matt & Dan have seen a huge shift in forward momentum since 2013; securing features on their tracks from blogs and labels around the globe.

After entering the Pressed Records remix competition for Matt U’s “Danger”, they found their submission put forward by label owner Medison to feature alongside District on a compilation release. The track garnered a wave of following, helping the duo to progress to their collaborative E.P with fellow producers LifeSines. Released with support from Annihilate Audio, the EP did some serious damage in the charts and received support from influential artists, radio stations and blogs throughout the underground scene. This helped to further cement the sound DyAD are fast becoming known for.