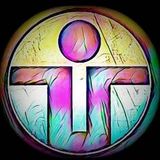 KING OF THE ROLLERS
by DRUMSOUND BLVD.

Mr.Biggs - Selection : 001- A journey through some heavy dramatic Drum & Bass from mid 2017.
by DRUMSOUND BLVD.

Entering the underground scene in the early months of 1997, Marcus was picked up by one of the finest rave production companies around WNY. (PHLUX Productions) – by blending the melodies of acid house and his switch up mixing capabilities in DNB, Marcus J was chosen to represent PHLUX as one of their resident DJ’s. Since he started mixing, MJ held residencies at The MetroPlex, Sphere, The Basement and ClutchCargo (Detroit). He has also played for the massive at Giant raves such as Mission Into Drums, Groove Attack 2, 3 and New Life Energy. In 2001, BIGGZ moved to Germany. He starting working with people from all over Deutschland, leading him to hold 2 discothèque residencies 1 hour south of Frankfurt at The LOOk (Bad Kitzingen) and hosting his own night at The Megadrom Nightclub (Schweinfurt), playing the finest in 4X4 UK Bassline, DNB, and hip-hop. After his move back to Buffalo in 2005, Marcus J continued to support the scene by throwing events with PETSHEADS. Over the period of the