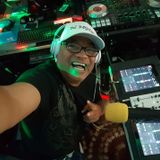 Never miss another
show from DrueMix

Our House XII
by Phil Whittle

DJ DrueMix career is the culmination of a lifetime of deejaying in Guyana, Venezuela and now in Tampa Florida USA making people move. At age 15, he played school functions; at age 17, he played friends' birthdays; by age 20, he was playing in Georgetown hotspots. During one late-night set, DrueMix caught the attention of, one of the biggest club owner Mitch Pereira who, impressed with the youngster's vast knowledge of music well beyond his years, quickly hired DrueMix to deejay at his club call the library soon after was called on to play at many more