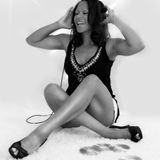 Dreamellofficial hasn’t listened to anything yet!Hopefully they will soon. Why not recommend some shows to them?