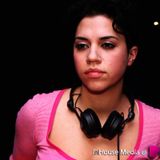 You can catch the Hadal Zone on housefm.net every Wednesday 10am-2pm GMT

Dominique Danielle has always had a strong passion for music.
At school, Dominique mastered the art of playing the piano and was also quickly absorbed by the mesmerising percussive sounds of the Steel pan.
Dominique's musical tastes began from early influences, such as her parents, who were very much into Bangra and Greek musicals. This, as well as her older sisters' love of R'n'B, 80's pop, Reggae and Motown contributed to her varied style and continues to shine through in her live dj sets.
Her musical style weaves between deep, and tech house, where she voyages through quality house grooves to suit all.
Dominique has played at some of London’s top nightclubs such as Fabric, The Coronet, Egg, Ministry of Sound, Area, Fire Pacha and Aquarium.