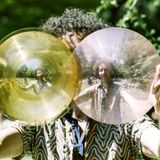 Gainsbourg by Oof
by OofReposted

Can You Pass the Thaï Test ?
by OofReposted

Rewind Your Mind
by OofReposted

DJ, director and international VJ, with 500 audiovisual performances given in 40 countries and prestigious festivals (Montreux, Burning man, Cannes, etc.), Dj Oof has produced about fifteen eclectic mixtapes, the album Cinémix (Universal), and records under several pseudonyms: Zzouf in 2004 (breakbeat with Zero dB, on Tru Thoughts (Bonobo’s host label), Lunivers in 2013, with the house-pop single "Happy Route" (Radio Nova playlist). As a convinced ecologist, the guilt of taking the plane pushes him to write about solutions to change the world, then to adapt them in music and video-clips on his EP JAÏS in 2016. DJ Oof's career is punctuated by commissions as a video director. More than 70 synchronized "found footage" musical works are created on different remixed topics: French films, McLaren, activism, aviation, animation, psychedelia, vintage adds and eroticism. His latest creation, about the origins of electronic music, is played in duo with J.B. Dunckel from AIR (INA)