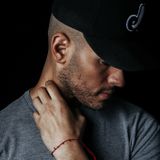 DJ YO-C was raised in Montreal and started DJ'ing at the age of 13. He's been one of most recognizable names in the game. He is known for his knowledge and taste for music but also for his talent behind the turntables. He has played next to DJ JAZZY JEFF, DJ PREMIER, DJ AM and has done parties for Leo DiCaprio, Bruce Willis, Hillary Duff, OK! Magazine, Vibe Magazine, VEVO and XBOX to name a few. He has also toured with the Backstreet Boys and Usher. And now is also recognized as comedian Sugar Sammy's official show DJ And just signed on to be a part of the EVENKO DJ roster. He constantly travels and now shares his time between Montreal, New York and L.A.