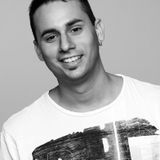 In 2000 being a producer was a part of his life and, though with elementary equipment he only reached to elementary music, he devoted almost his whole life to this.

After 2005 his work as a producer seemed to become mature and in proof of this famous performers started to spin his pieces such as dj Rush, Pet Duo, O.B.I., Sven Wittekind and others.

Considering his performances, 2009 brought him the real breakthrough.

Through the last few years he stood behind the same desk together with all of the famous hard techno artists and he became a dominant figure of the hard techno sounding and scene.
To his style and taste the harder but not too dry hard-techno stands closer. In his sets, chiefly with his own work as a producer, he tries to mark ou