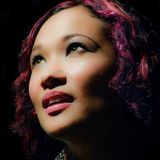 Suzy Solar presents We Are Trance Radio 055
by Suzy Solar

Suzy Solar presents We Are Trance Radio 054
by Suzy Solar

Suzy Solar (Florida, USA) shines as an internationally acclaimed trance music artist with hit records under her belt. This multi-talented DJ, music producer, vocalist and writer is becoming a legend since her start in 1997. Her track "Ocean of Love" is featured on Paul Oakenfold's Grammy nominated album "Creamfields," and was released on EsNtion Records with a killer music video. Suzy's mix albums, "The Perfect Trance" and "The Perfect Trance 2.0,” on Neurodisc/Capitol Records topped Billboard's U.S. Electronica charts and have made noise globally. "Samurai," her collaboration with Arizona (aka Thomas Bronzwaer) has graced the Beatport trance top 10 as well as many other charts worldwide. It's also been supported by the world's top DJs, including Armin Van Buuren on ASOT and Ferry Corsten.