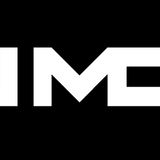 Never miss another
show from DjMoD 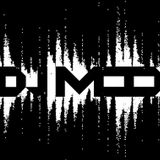 Beginning in early 2007, Dj MoD got his start playing around with Virtual Dj, mixing random songs, with no real goals in mind. As time progressed, he slowly discovered new styles, artists, and genres. Eventually, Trance, House, and Electro found their way into his headphones. After months of practice and buying his first mixer secondhand, he finally began producing full-length mixes, putting them out to his close friends. As time went on, he became a slightly bigger name, with a small circle of friends and fans supporting him as he practiced and learned. Soon, new styles came out of his mixer, Dubstep, and Drum & Bass. With the knowledge he had gained in his practice and undying respect for the music, he finally decided to try and make a name for himself. Though his first show was his friends birthday party, he hasn't stopped in his mission to play in at least one of three places before he dies. Guvernment (Toronto, Canada) Ibiza (Spain) GelreDome (Arnhem, Netherlands) Add me as a frie