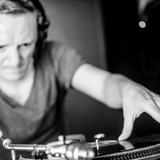 Herbie Saccani is founder of the Moovin Festival. He has been DJing all over Manchester and beyond since the early 90s. He is a regular at the Fac 51 Hacienda events held all over the UK. As a DJ, Herbie Saccani has seen it and done it all. He had a teenage residency at the Factory’s Dry Bar in the early 90s, when it was still a revolutionary space.After the Hacienda and The Boardwalk He took his talents to Tangled until the 00s. At Tangled he pioneered a new Break Beat sound putting Manchester on the Map for this genre. Herbie plays at clubs all over Manchester and elsewhere in the UK and beyond. His DJing has taken him as far as Japan, where he has promoted his own events.