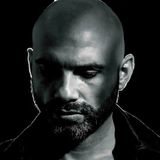 Dextro is one of the most active producers. He learned the art of DJ'ing in the early 90's and has a different perspective on music. His residencies in several clubs forged his name and helped him create his own distinctive brand of music.

As a producer has made a several tracks with is project "Redkone", started in 2003. And lot´s of tracks in is Techno career. Dextro already play in Japan, Usa, Russia, Morocco, Italy, Belgium, Spain, Switzerland, Brasil, Australia, Germany, Angola, Luxembourg.