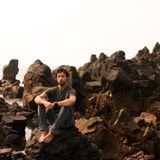 After almost a decade producing & playing around the globe, Christ, has become a synonym of innovation, Impermanence as a concept that sums up his philosophy on what he does & why. Head of Rural Records & have a tough discography incl. more than 100 tracks, remixes & studio albums (in at least 15 labels) Supported / Played or charted by Ritchie Hawtin, Hernan Cattaneo, Jamez Zabiela, Luciano, Loco Dice, Dubfire, Sharam, Dave Seaman, Chris Fortier, among others.
There his idea that people connects through energy and intentions, opening themselves up without asking anything in return (letting Karma handle the rest) became more real than ever, not only for digging into spiritual search such as meditation but also for the response of the people. So as a result of his cultural and musical influences (Depeche Mode, Saint Germain, Sasha, The Doors, Laurent Garnier).