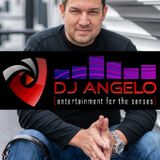 Never miss another
show from DjAngeloMiami

Dj Angelo has been a symbol of the South Florida entertainment & nightlife scene since the early 1990s, receiving his introduction into the South Beach nightlife scene from Tommy Pooch Productions at the famous venue “Union Bar”.
Dj Angelo has been a significant part of many of the up and coming nightlife establishments and entertainment scene, with Dj residencies at Club Space Miami, Nikki Beach South Beach, Bongos Hard Rock among many many others.
Dj Angelo has and continues to entertain countless numbers of events locally and around the world. His understanding of the entertainment world, crowd management, body language analysis and so many other factors have allowed him to stand out as a well renowned Dj.
Originally from the island of Aruba, Dj Angelo has been influenced by not only the Caribbean, Latin and American genres of music, but also by the very popular sounds of Dutch beats, allowing him to be an all around talent.