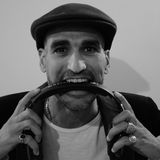 Born in a small place near to Cairo in Egypt, in 1979
I started with mixing when I was 15 years old.
At first it starts like a joke, with a small mixer, a cassette deck and 2 record players.
When I was 17 years old, I had my first real playing, 1996-1997
Then 2 years later I started with the real work and I bought my first real mixer
With pro Dj turntables, Cdj Denon f1800, 2000
With enough ability to playing in night club, disco throughout to the south side Cairo of Egypt
Also in this period I make my own R&B, Hip Hop /house records
Now I create Electro House, progressive house and also other house styles.
And I make the own radio jingles (spots of your own radio station), which I love to Do till now.
Booking Manager
agbsound2000@gmail.com