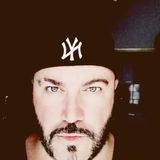 Starting off at 1994 in his hometown of Rhodes Island, Dimokritos Pattelakis aka DJ Dim Rhode, states that he got into being a DJ by buying records when he was young that weren't available at the time on CD. As his collection grew he started DJing in a cafe bar at his village and slowly progressed to playing at big clubs around his island and then around Greece. After so long he started by producing his own music and making remixes for various record labels. Now he lives in Athens spending a lot of time in studio. Trying to get some new ideas and the right beat to hit!
The adventure continues while the beat goes on.