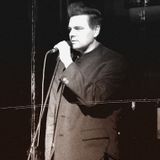 Never miss another
show from DeeMStudio

Dariusz Mazurowski is a Polish electroacoustic music composer, producer and performer born and residing in Gdansk. His works combine traditional analog instruments with the sonic potential of digital technology and computers, processed microphone recordings, samples. Mazurowski’s music has been broadcast by various radio stations all over the world, and he has performed at festivals and other events in Europe, North America, South America and Asia. His installations, visual works and graphics have been exhibited worldwide in numerous galleries. His compositions has been released on numerous discs, including “Pseudaria / Divertimento”, “Different Types of Fallacies”, “Back in Time”, “Non Acoustic Symphony”, “Hidden Dimensions”.
Website: https://deemstudio.com/