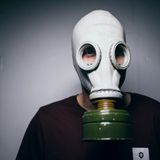 Dean Elsofany (Dean Elso) is a DJ/Producer from Dublin, Ireland. Heavily entrenched in Eire’s burgeoning underground scene, Elso has been a strong advocate of industrial-strength techno for over half a decade - heavily influenced by his mid to late teens, where he would often find himself on the dancefloor at raves he was way too young to be attending.
Ever since his introduction to DJing in 2015, Elso has gone on to play throughout Ireland and further afield. His growing exposure has seen him appear with the likes of Elrow, Ultra Music, Electric Ballroom, We Are FSTVL, Cafe Del Mar, Solas Festival and more. With such impressive bookings, Elso has also had the pleasure of supporting some of the biggest names in the techno world including Fjaak, Tommy Holohan, Dart, Dense & Pika, Darren Emerson, Sunil Sharpe to name but a few.