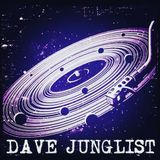 Hi, i'm Dave, from Coventry, and i started djing way back in 1990, while still at school, inspired by legends Sasha and Carl Cox after listening to sets, given to me from older friends!

I spent a lot of my time during the early 90's at the legendary club Eclipse, in Coventry, where i met lots of fantastic people including some of the finest dj's around at the time, doing a couple of sets over in Marco Polo, Birmingham. I also ventured across the midlands, clubbing wise, to places including Shelleys, Institute and Coast 2 Coast.

After 5 years, i fell out of love with the scene, seeing as it was changing and not to my liking, to be honest and in 1995 i gave up raving and djing. Kept my vinyl, though, just in case!!

Got back into it in 2006 after listening to online radio playing a lot of oldskool, and thought i'd give it another go. Not had the confidence to play out again, since but you never know.....