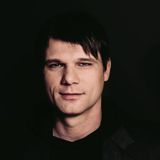 Damir Ludvig is an award winning film and music producer who has received 3 outstanding awards for music documentary work at the well-accomplished New York International Independent Film and Video Festival.

Ludvig is best known as an international DJ. He is also an achieved composer, producer and lyricist of the project Ludvig & Stelar, with releases on the prestigious Café del Mar.

Damir is the Best Soundtrack Award nominee at the World Music and Independent Film Festival (Washington, DC) and an author of Ludvig & Stelar's album title track Relax, which has been played in more than 90 countries around the globe including Hong-Kong, Argentina, Australia, South Africa, Romania, etc.

As a DJ, Ludvig is no less impressive. He has been a resident DJ and art director for the ultimate Croatian Astralis events for the last 15 years and has played at various venues in the USA, UK, Taiwan, Switzerland, Spain, Slovenia, Japan, Israel, Italy, Greece, Germany, Belgium, Austria...