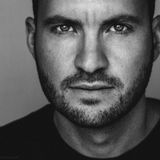 Never miss another
show from DVICE

Ibiza Mode On With Baron 002 + Dvice
by Mitchel KurtReposted

BURN RESIDENCY SPAIN 2016 WINNER
DVICE is a talented Spanish DJ and Producer based in Frankfurt. Fond of music since he was a kid, he has developed a unique style composed by different genres of House Music, such as Tech, Deep, Future and Progressive. He has the ability to merge Festival & Club sound, delivering a great show every time he hits the stage.

During the summer of 2016, he was won the Spanish competition of BURN RESIDENCY with an outstanding set at Teatro Barcelo PACHA in Madrid and travelled to Ibiza for the international Final and bootcamp where he was mentored by the top stars in the industry like Carl Cox, John Digweed, Uner, Nick Curly...

He has played in many clubs like Privilege Ibiza Vista Club, Teatro Barcelo PACHA in Madrid, Chicago Social Club in Amsterdam, Paard Van Troje in The Hague, Radios like Sonica Ibiza, Digitally Imported or Amsterdams Most Wanted and several festivals.