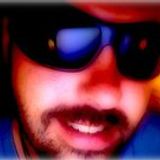 Never miss another
show from DUBSATIVA

Space of Sound - Madrid - A Tribute Session by Dubsativa
by DUBSATIVA

DUBSATIVA (a.k.a. DJ MONGO), has been spinning the decks for over 26 years now, over in his natal country, Spain, and in the UK where he lived and studied during his whole childhood.
In the boarding school he was known as the local DJ, an participated in many legal and not as legal parties and raves. After finishing his GCSE´s and A Levels he continued in the UK to study Bachelor in Business Administration. (B.B.A.)
He then returned back to Spain where he complemented his studies, with two electronic music production degrees. First in Microfusa in Barcelona and secondly in SAE institute in Madrid.
When he started producing his own music, he smashed the Beatport Deep-House Chart for over 2 months, with his second release "GROOVADELICA".
By 2018, he has published over 30 Deep House and Tech House tracks in many different international labels like Plastic City, Loco Records, Mimosa Recordings, Cool Play Records, Manuscript Records, etc.