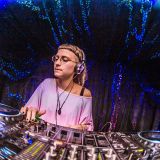 Never miss another
show from DJane_Mir

I started playing music when I was 10, I played violin.
I discovered goa/psytrance music in 2010, and since then I am in love with it. Mostly I'm attached to old school trance (early 90s to early 2000s) because in my country old school 'scene' is very strong and it kinda educated me in this direction. I am happy that we have here good old school goa parties very often, and since spring 2017 I started my own organization Ages of Love, with two friends, Stefana and Ana.
It's hard to tell when I started DJing , because my starts were connected to not so 'serious' tryouts, small parties, some of them self-organized. Since Ages of Love is formed, I started playing more regularly and being booked abroad.
I play various styles, from melodic goa to darker psytrance, mostly old school but, rarely, I play new music too.