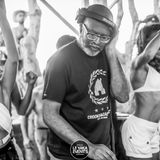 Never miss another
show from DJ_TygA

DJ TygA - Techno Attack On "A" Flat @OHMZ
by DJ_TygA

From my real Name : Thierry, Yves, Guy, Adélaïde a.ka: Flex 77, BeatMaster Flex 78/84, and now under DJ TygA - 1995 til now, I scratch on vinyls since the age of 16 years, I played nightspots, clubs and parties connected to Paris, such as Le Palace, Les Bains - Douches, The Queen, La Main Bleue, La Main Jaune, Le Kilt, Le Club des Champs, Mandarin, where I made my weapons on moods like funky beats, disco grooves and soul train . Then, during the summer of 1983 ... The House music was born a few years ago, and there the magic was born. And yes at 60 years old, I have made so far over 3000 tracks; incl: Tracks, Masters with Beats only ( so called samples - Corrupt Records Scandinavia ), remixes ( club versions from 1984 to 1995 ), éditing radio jingles, commercial tracks, and despite his "young" age DJ TygA continues to satisfy his thirst in electronic music beats, for the delight of inspired listeners... Just check on : http://www.djtyga.com