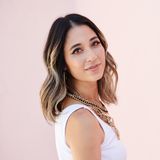 Tessa is the founder of the Prism DJs, LA's first female DJ booking agency. She has been DJing in Los Angeles since 2010, getting her start at the Viper Room in Hollywood and Wurstküche in Downtown Los Angeles. Since then, Tessa has become one of the most sought-after DJs for corporate events and weddings.

Tessa worked at The Wherehouse and frequented Tower Records while growing up in Reno, Nevada in the 90s. She was absorbing music, collecting tapes and CDs, and going to shows as soon as she was able. It was only a matter of time before she took that music knowledge and made it a career. As a teen, her favorite genres were underground hip-hop, alternative, and classic rock. Over time, she began to gain an appreciation for all forms of music. Now, Tessa plays everything from eclectic, indie dance, nudisco, EDM, house, classic rock, classic hip-hop, to mainstream/top 40, and anything in between to keep your dance floor moving.