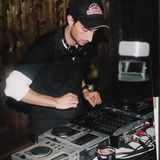 DJ Guido Svengali started djing in the 90´s under the name of DJ Guizmo.Started with Techno in ilegal underground Rave partys and later with Goa Trance,Psy and on the end 90´s with Progressive House and Progressive Trance!Playing on some of the best clubs ( resident in some of them) and Festivals all over Iberian Peninsula.Also producin parties in clubs and in the woods.Nowadays Guido Svengali likes to tell a story beeing eclethic and progressive on his dj sets.Svengali(means)"who exerts controlling or mesmeric hypnotic influence over the others," 1914, from hypnotist character of that name in the novel "Trilby"After the book’s publication in 1894 the word “svengali” has come to refer to a person who, with evil intent, dominates, manipulates and controls another using hypnosis.In court, the Svengali Defence is a legal tactic that portrays the defendant as a pawn in the scheme of a greater, and more influential, mastermind!DJ Guido Svengali,controls the dancefloor with his hypnotic sets