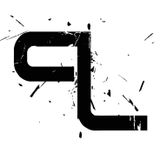 Josh "Phantom Limb" Davis is a one handed Producer/DJ specializing in controllerism and electronic music from Southern CA based out of Lafayette, LA. Raised in the CA nightlife, he has been producing driving, avant-garde. cutting edge music for years. He is a genre bender that plays from the heart and has rocked rooms, across the nation. Unlimited and technical spanning everything from Hip hop and R&B to Drum and Bass and Bass House Music. He has produced and performed with and been involved with several different groups all over the U.S, doing everything from Emceeing and Breakdancing, to live programming and instrumentation. Boasting a roster of indie and major collaborative talent, an independent record label, multiple dj residencies, and several up and coming projects. He is an accomplished, seasoned force in the production and DJ world.