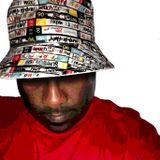 Not Your Ordinary Christmas Mix

Not Your Ordinary Christmas Mix 12•25

Support DJ Larry Gee by subscribing directly to this channel and get access to exclusive rewards.

Born in the Bronx and grew up in Queens, N.Y. I began DJ'ing at the beginning of the Disco era straight into the birth of Hip Hop. From disco mixing, cutting & scratching break beats, club DJ to radio mix master, I have performed at numerous events from coast to coast (before the social media blast). I was also the other half of the Hip Hop/Rap duo with Frank Ski on WDCU's 90.1 Fm's "Breaker's Delight." My resume also includes performances and collaborations with such legends and recording artists as Grandmaster Caz & The Cold Crush Brothers, RUN-DMC, DJ Kool, Sam “The Man” Burns, Def Jef and the late Chuck Brown & the Soul Searchers. Lastly, I'm a bonafide "crate digger" that mixes all kinds of music!